It's often useful to be able to tell how much resources your app happens to be using. I've previously discussed how JVisualVM can be used to do some basic profiling for the application. In this post we'll look at how to use another great tool called jconsole that also comes with the JVM. First, let's create and run a new Luminus web app as follows:

We'll run the following command in a separate terminal:

We should be greeted by a screen that looks something like the following: 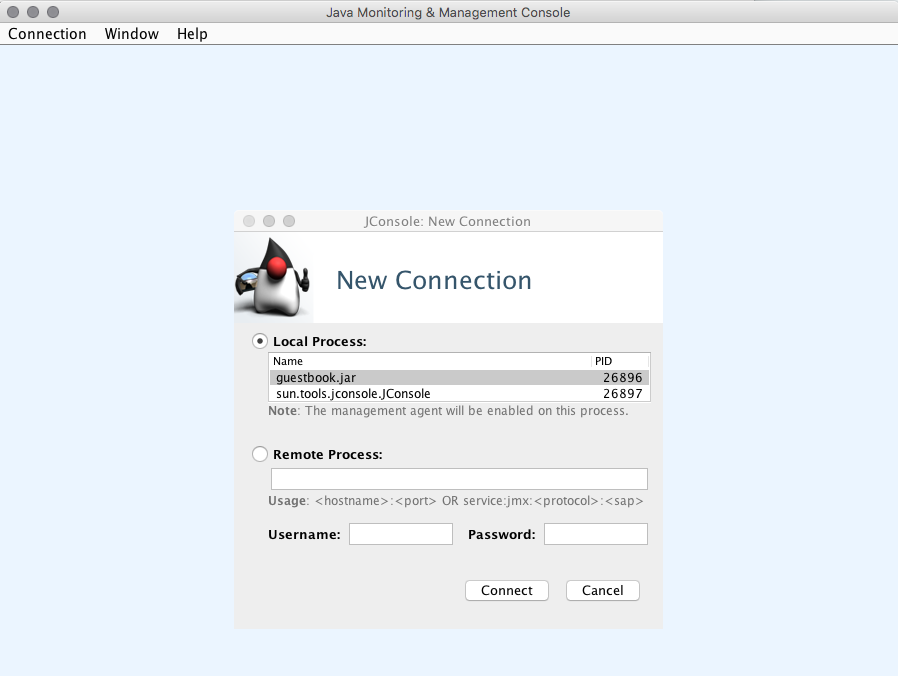 We'll select guestbook and connect to it. Once the connection is established we'll see an overview screen detailing memory, class instances, threads, and CPU usage. 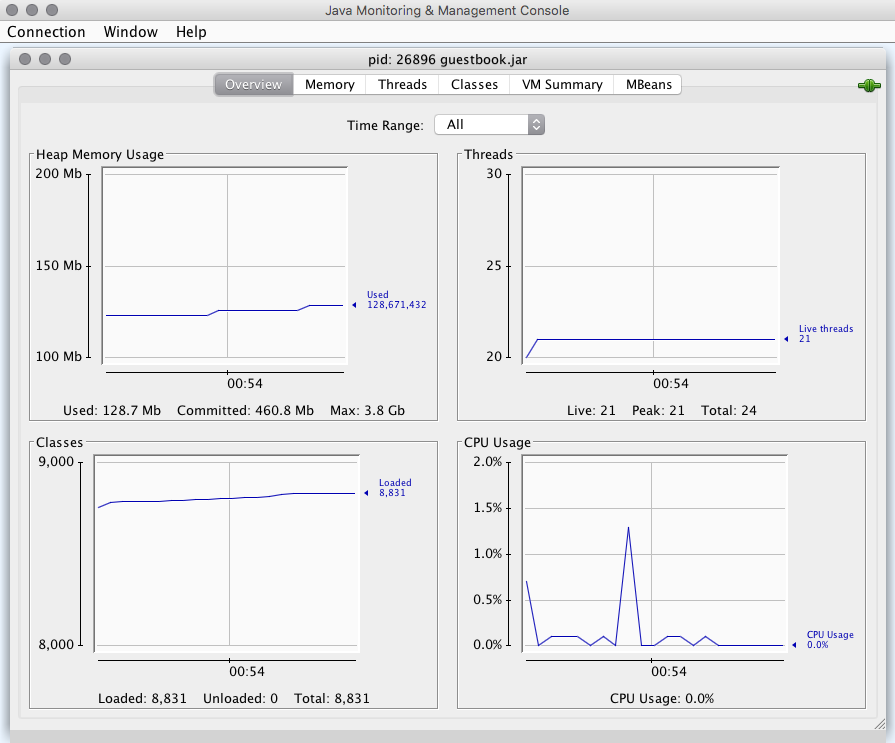 We can also select tabs to drill down into details about each of these as well as the VM summary. The Memory tab is the one of most interest to start. This screen will let us see a graph of memory usage over time and allow us to initiate garbage collection. It also shows the details about application memory usage and how it compares to the overall memory allocated by the JVM. 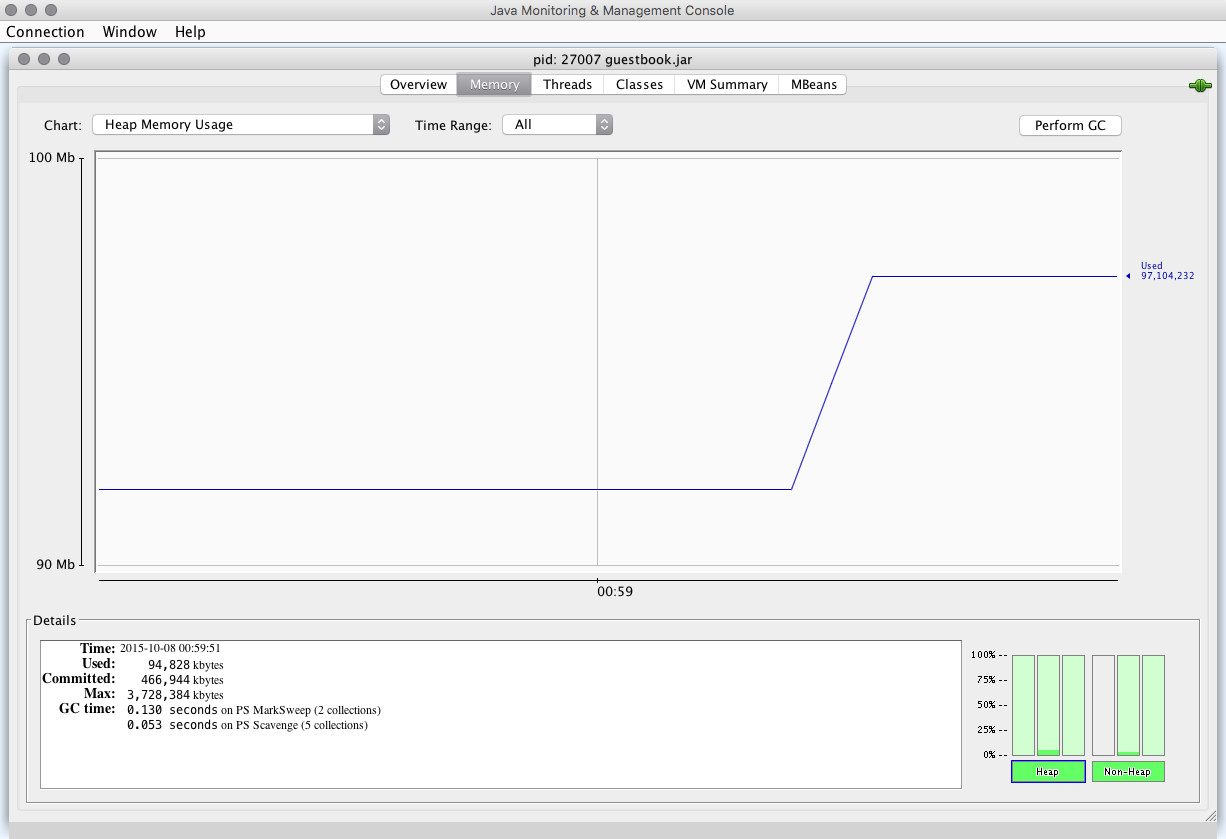 Let's run the Apache HTTP server benchmarking tool, that comes bundled by default on OS X, and see how that affects our application.

We can see that as the server is getting hammered by requests the memory usage spikes from roughly a 100 megs to about 275. However, once GC is performed the memory usage goes right back down. 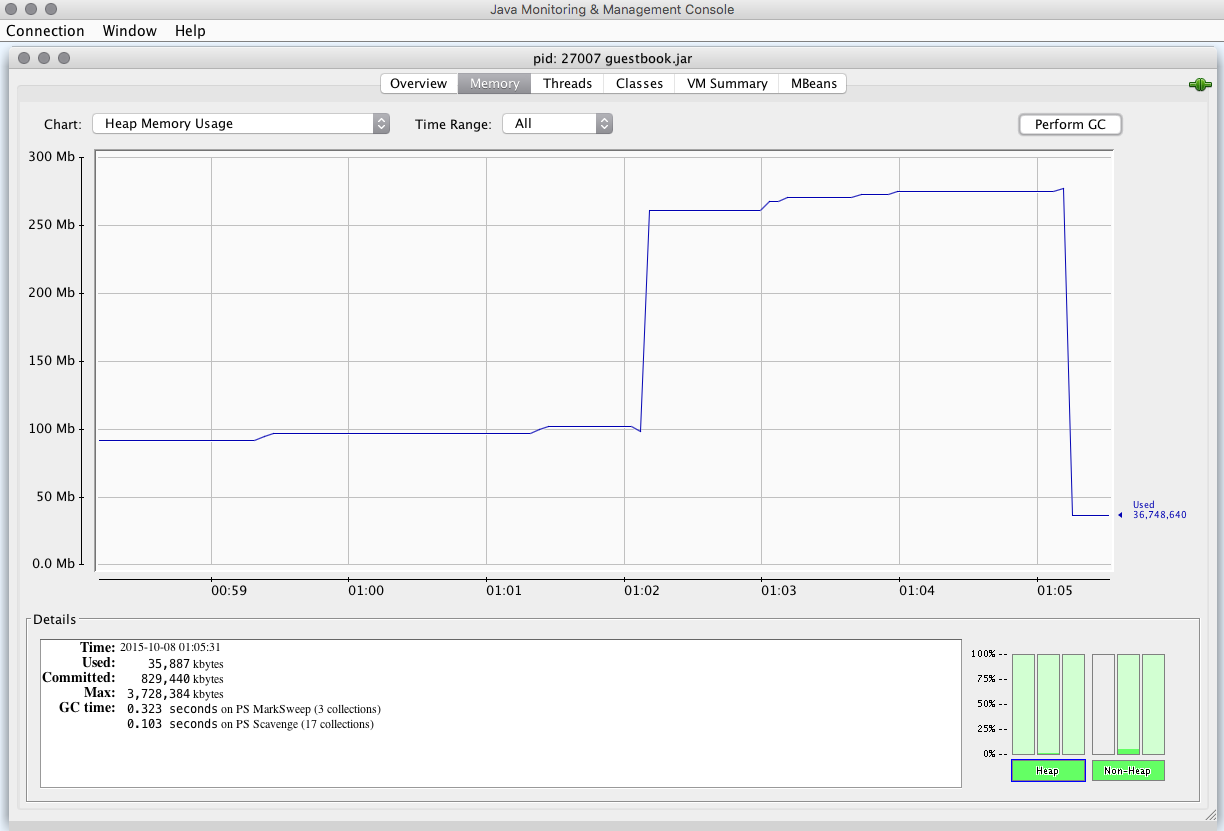 This tells us that the application starts using more resources as it serves multiple concurrent requests, but then releases these as the GC runs indicating that no memory leaks are happening. We can also confirm that the threads and class instances are not getting out of hand as the application continues to run using the the respective tabs. 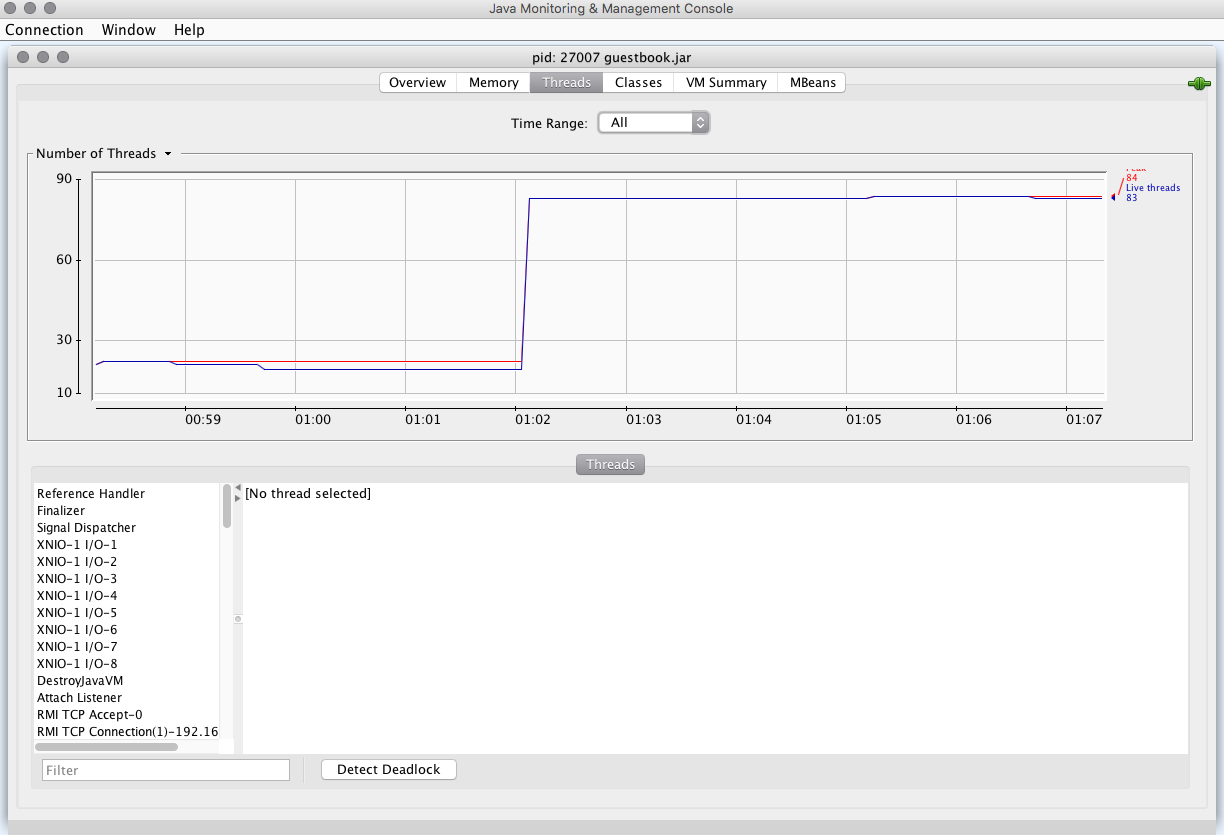 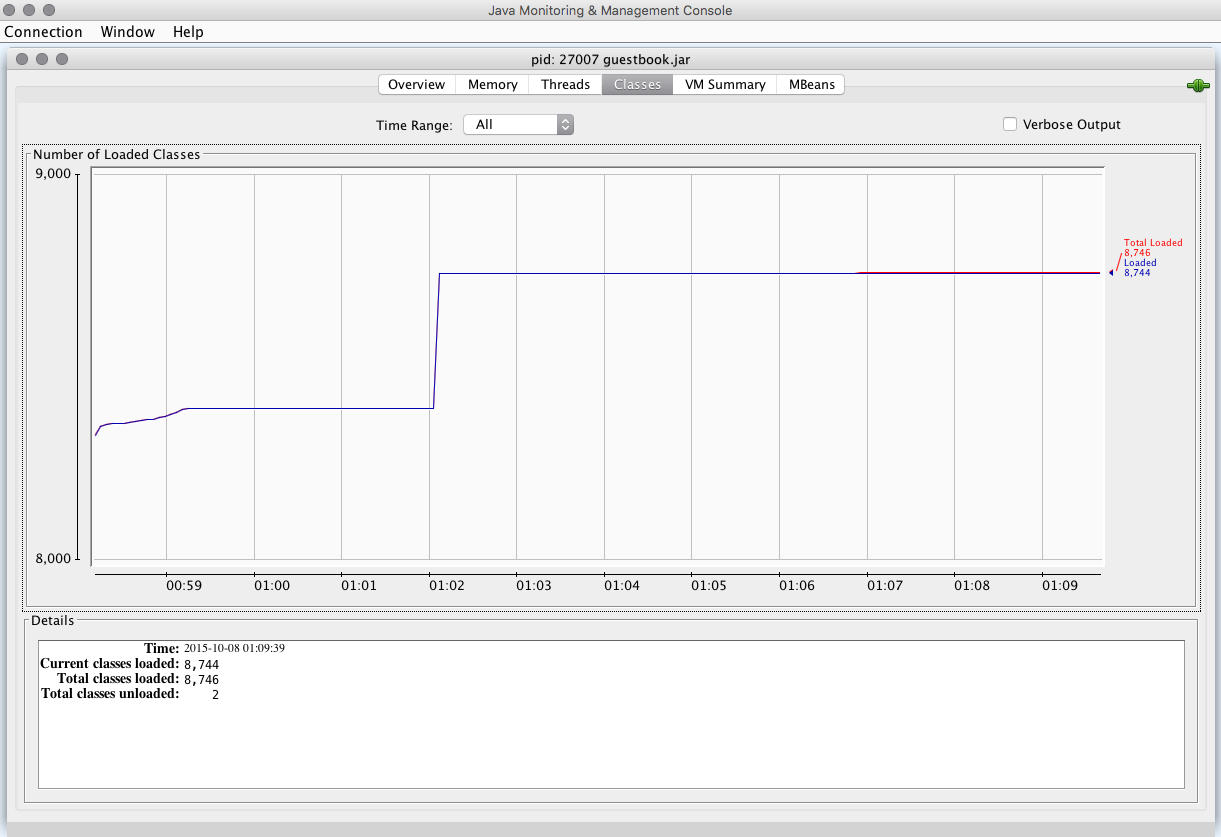 As you can see jconsole is a handy tool that can be used to quickly diagnose the behavior of a Clojure application. Should we find anything that warrants further investigation then it would be time to run a profiler such as jvisualvm to see where specifically the resources are being used.