I'm going to take a short break from Noir tutorials and do a post on optimization and profiling instead. I was playing around with rendering Metaballs and I stumbled on a neat visualization. 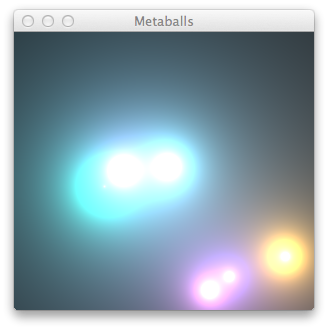 To get the above effect we simply calculate the influence of each metaball on each point on the screen based on the distances to each ball's center and radius:

where r is the radius of the metabll and δxmp and δymp are the x and y distances from the center of the metaball to the point . The resulting color of the point is the sum of all the influences:

The algorithm is on the order of , given a small number of metaballs relative to the number of pixels and a square viewport. Unsurprisingly, this runs quite slowly without optimizations, so let's see if we can do anything about that.

The code to accomplish this is as follows:

complete code can be seen here

First thing to do is to time our our loop:

As can be expected the draw function eclipses the move function. So we'll focus on what's happening in our rendering code and see where the CPU time is being spent. Instead of guessing, let's profile the application using VisualVM, which should already be bundled with your JVM, and see what's happening. 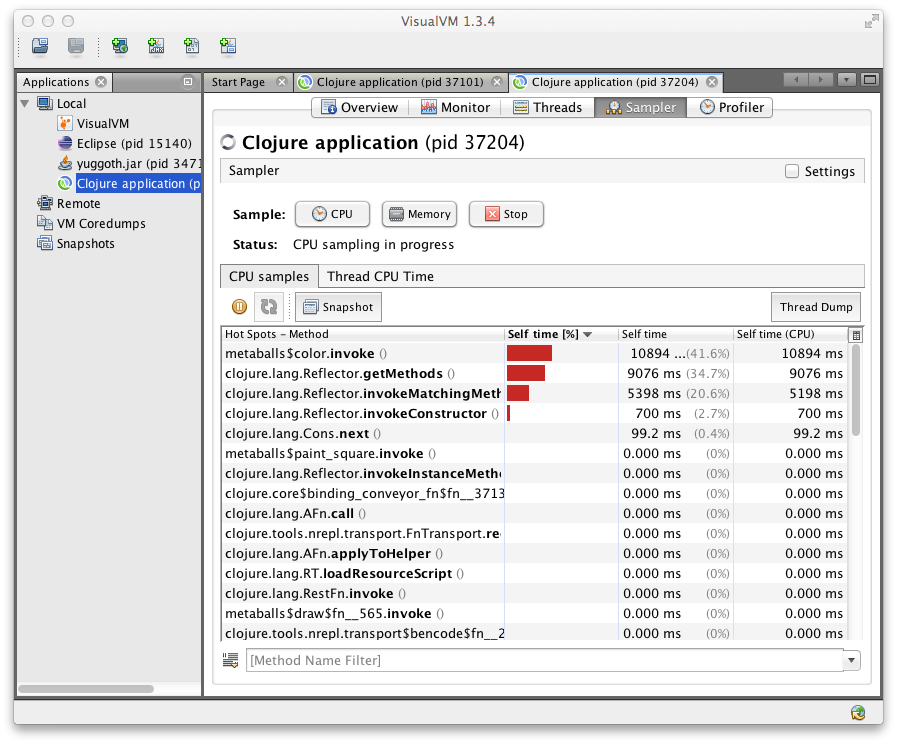 We can see that the vast majority of the CPU time is being spent in the color function, and that reflection is the culprit. So, let's see why reflection is happening by setting the *warn-on-reflection* flag to true:

Now we know precisely which spots are causing us trouble. Let's see if adding some annotations will improve things. First warning we hit happens when we create a new instance of Color:

what's happening here is that even though we cast the result into int inside color-in-range, color is not aware of it and uses reflection to resolve the constructor for Color. So we should be doing the cast inside color instead:

The rest of the warnings simply require annotations for the classes in the function arguments:

and so on. Finally, we'll cast our distances to doubles when we compute the influence:

optimized version can be seen here

Now that we've annotated our code let's see if performance is any better: 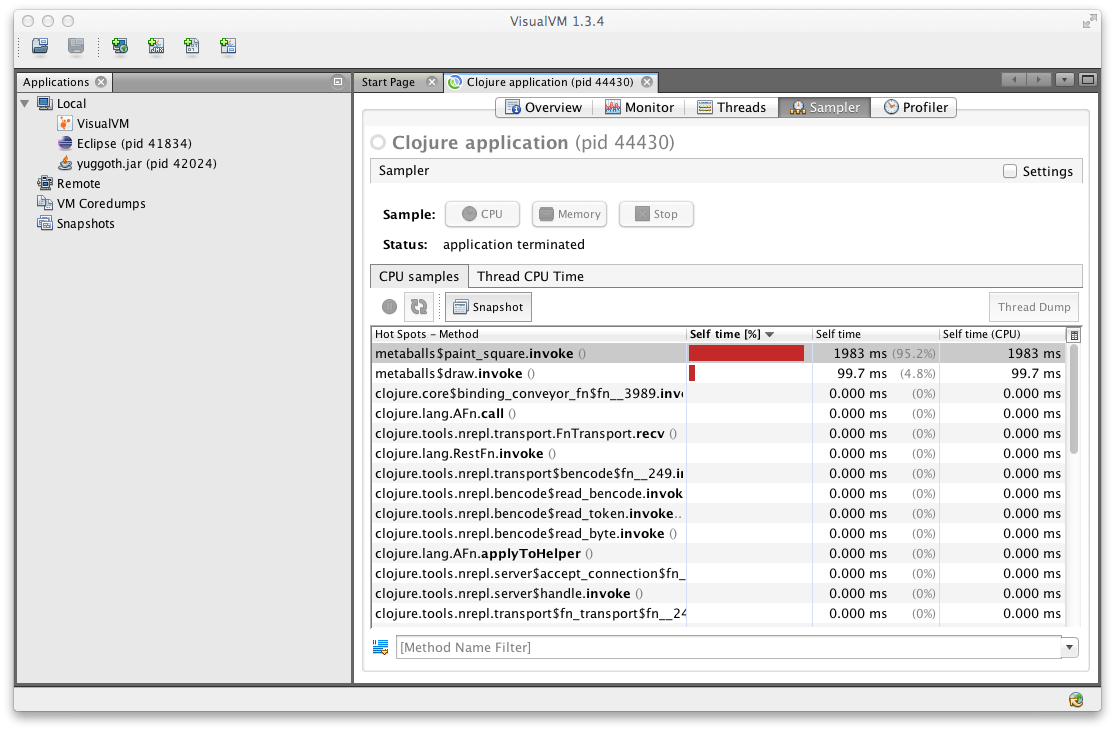 From here we can clearly see that majority of the time is spent in the paint-square function, meaning that our code performs as it should. Turns out the the only real factor on performance is reflection.

We could've spent time doing random optimizations here and there, but it's clear from profiling which functions are actually eating up the resources and need optimizing. While this is a toy project, the technique is equally effective for large projects where it might be much more difficult to guess which functions need tuning.

P.S. try setting a negative radius for some of the metaballs in the scene :P